Home » Shop » Gottman Relationship Coach: Making Up After an Argument

Gottman Relationship Coach: Making Up After an Argument Gottman Relationship Coach: Making Up After an Argument

So you just had an argument. Now what?  The latest program in the Gottman Relationship Coach, “Making Up After an Argument” includes a step-by-step exercise to help you and your partner process an argument and discover what you were really fighting about. In addition to our powerful “Aftermath of a Fight” exercise, “Making Up After an Argument” includes sections and exercises on feeling overloaded, taking effective breaks from conflict, and how to rebuild the lines of communication—even mid-argument.

Solve the mystery of what you and your partner really argue about to restore, repair, and revitalize the communication in your relationship. This new program will help you learn:

“Buy Now” will take you to GOTTMAN CONNECT to purchase and view this product.

Gottman Relationship Coach – Making Up After an Argument

Arguments can be emotionally painful, especially if they remain unresolved. With these research-based tools and exercises, Drs. John and Julie Gottman can help you prevent conflict from getting out of control, repair conversations that have started to go awry, and restore connection after a “regrettable incident.”

Learn how and why “Flooding” happens in the body, plus what you can do to identify a “system overload” in you or your partner and slow things down to get back on track.

Conflict is inevitable, combat is optional. All couples argue; it’s how and when they lift the conversation out of the danger zone that makes all the difference. Learn how to make and hear what we call “repair attempts” and how to employ them to keep difficult conversations from getting heated. You’ll also be able to take a time-out from an argument, which can do wonders for the temperature of a conversation if the time is used effectively.

With the “Aftermath of a Fight or Regrettable Incident” exercise, Drs. John and Julie Gottman will guide you step by step, in processing an argument after it has happened. You will learn from each other why it went down the way it did, how each of you was affected, and what you can do better next time. It’s one of our most powerful exercises. Resolution after a fight is not only possible but when done properly it can bring you two closer together.

Making Up After an Argument includes:

NOTE: If you have an account here on Gottman.com you will still have to create a new account on GOTTMAN CONNECT in order to purchase and view this product. Once you’ve purchased it you will be able to view it by signing in to GOTTMAN CONNECT.

This program was formerly known as “What To Do After A Fight”. 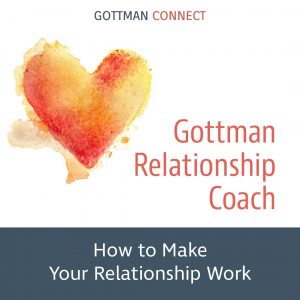