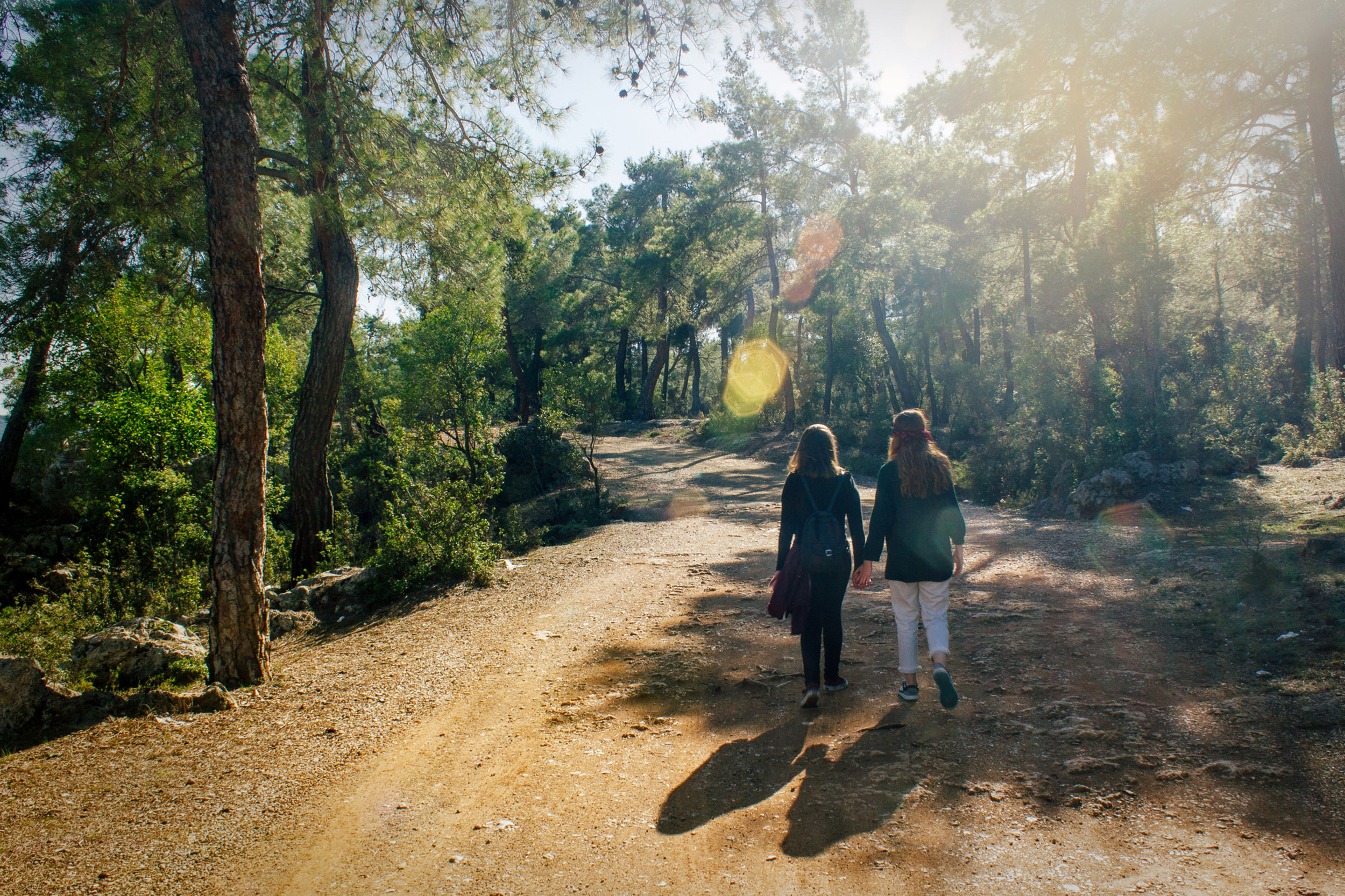 The first time apart is a rite of passage for most newly married couples. We recently experienced it ourselves when Constantino left town for a short business trip. He was sad to be away from home and talked about how much he’d miss David. David, on the other hand, was relishing the idea of a night alone, but was feeling guilty for looking forward to it. We’re new to this marriage thing, and still working out the tricky balance between intimacy and independence.

Both of us are introverts. We love our friends and community dearly, but nothing is more restful to us than an evening at home alone. These moments together are when we’re best at building our Love Maps.

However, we like to call Constantino a “duovert,” meaning he’s an introvert who is able to recharge not only when he’s by himself but also when he’s alone with just his husband. To Constantino, David is rest.

Conversely, David is more of a classic introvert: he likes to be completely alone in order to recharge. As someone who has trouble connecting with his emotions, David needs an absence of external stimuli to be able to identify his feelings and assess his internal well-being; otherwise, he becomes disconnected from himself. Even though many of our wants overlap, there are variations in our needs for time together and time alone, and sometimes it becomes a source of stress in our relationship.

In his book The Seven Principles for Making Marriage Work, Dr. John Gottman points out that one partner often ignores the other not out of malice but because of their respective needs for intimacy and independence. “Marriage is something of a dance,” Gottman says. “There are times when you feel drawn to your loved one and times when you feel the need to pull back and replenish your sense of autonomy.” The potential for conflict arises when spouses fall on different points of the spectrum in terms of their needs. Some people desire more frequent connection, while others crave more independence.

David is aware of his need for greater independence, but he often has trouble expressing it. Early in life, he picked up a false belief that his needs weren’t important or valued, so he has trouble asking for time alone. He fears that Constantino will interpret his need for independence as rejection. Furthermore, it’s often difficult for him to identify this particular need because David also loves being with Constantino; their time together is enjoyable, so it’s easy to forget that solitude is important for his wellbeing.

Constantino loves doing even mundane things together: errands, chores, working out. Intimacy is valuable to him even in life’s routine activities. Because we continually work on strengthening our Love Maps, he’s aware of David’s need to spend time alone and can sometimes even spot it before David does. In instances like these, Constantino offers to go to a coffee shop for the afternoon or run errands alone so that David can have the apartment to himself. It’s a small, kind act that yields huge rewards for the marriage and for both partners.

Trouble arises when either David fails to express his need or when Constantino is feeling empty or insecure in the relationship. The two problems are often related.

If David ignores his need for independence, the abundance of intimacy begins to breed resentment. When David begins to feel crowded, he pulls away emotionally and stops responding to “bids,” or those small requests for each other’s attention, humor, or support. The effect is that Constantino, who thrives on quality time and touch, senses that there’s something wrong in the relationship. His way of repairing an emotional gap is to drive deeper into intimacy, which is the opposite of what David needs. It becomes a downward spiral that can result in harsh words, hurt feelings, and a need to repair the relationship .

We’ve learned to balance this tug of war between intimacy and independence by first filling up our emotional bank accounts and then speaking our needs out loud. We focus on building a strong, positive rapport by turning toward the bids we offer each other throughout the day. That makes us feel connected and united. When we both feel emotionally full, it’s easier for David to ask for time away and easier for Constantino to understand.

We also work on building trust by making a request that includes a compromise. For example, David might say, “I want to go for a walk alone this afternoon, but can we plan on watching a movie together tonight?” Or Constantino might say, “I’d really like for you to come with me to this event on Saturday night, but you can do your own thing on Sunday.” In that way, we’re asking for what we want, but also acknowledging the other person’s need.

Constantino has another business trip coming up, and this time we know how to approach it: David will enjoy the time alone without feeling guilty about it, but he’ll also text Constantino to make sure he knows that he is loved and missed. Constantino will recognize the value that time apart offers and honor that space as a way for David to recharge. Because our needs are different, we know this tension between intimacy and independence will always exist. Viewing it as a dance rather than a tug of war reminds us to collaborate to meet each other’s needs rather than fight to preserve our own.