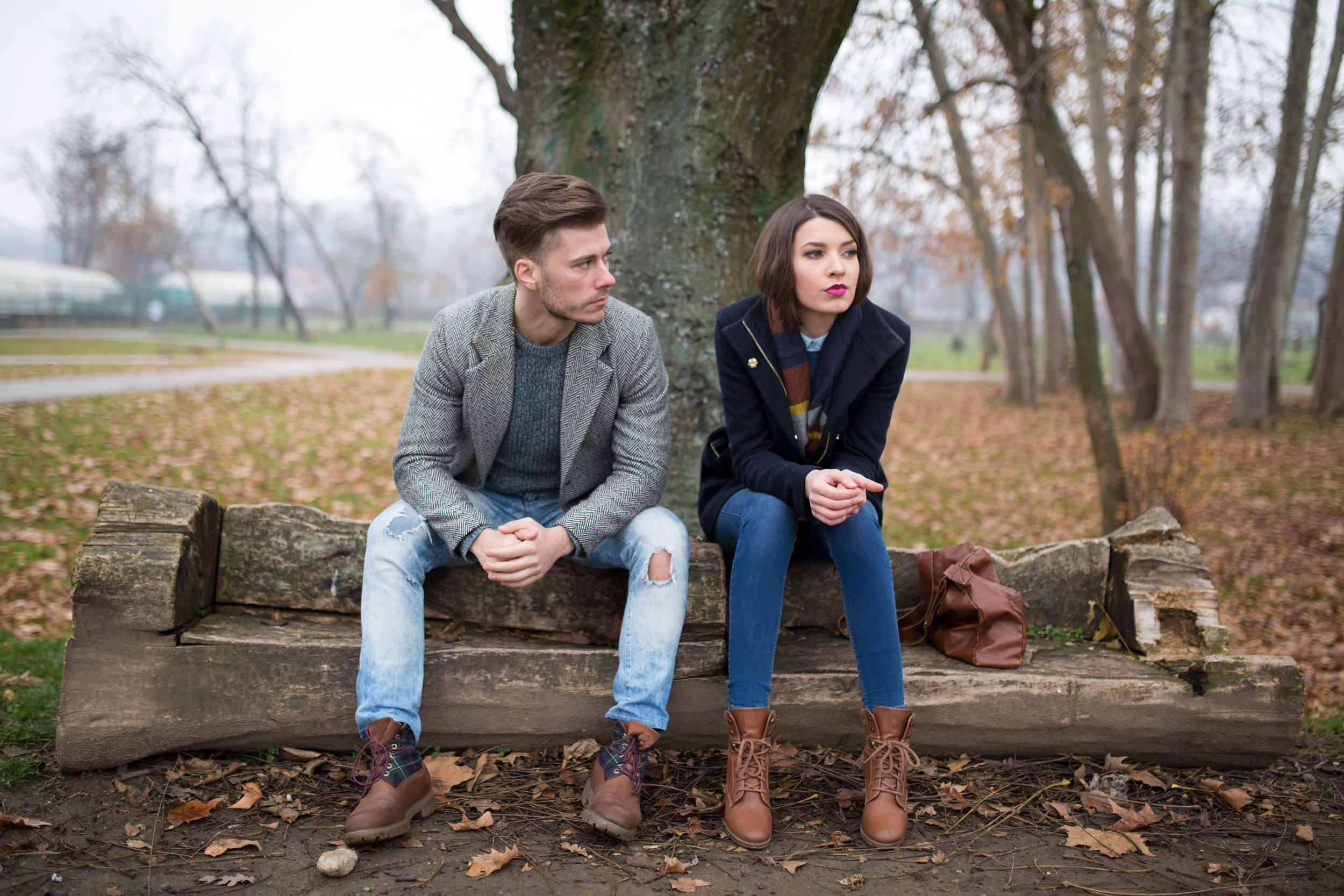 The third horsemen in the Four Horsemen is defensiveness, which is defined as self-protection in the form of righteous indignation or innocent victimhood in an attempt to ward off a perceived attack. Many people become defensive when they are being criticized, but the problem is that its perceived effect is blame. It is usually a counterattack to a complaint, which is not criticism.

Everyone has been defensive, and this horseman is almost always present when relationships are on the rocks. When you feel unjustly accused, you fish for excuses so that your partner will back off. But defensiveness is a way of blaming your partner. You’re saying, in effect, “The problem isn’t me, it’s you.”

Complaint: “Did you call your parents to let them know that we’re not coming tonight as you promised this morning?”

Defensiveness: “I was just too busy today. You know how busy my schedule is! Why didn’t you just do it?”

The defensive partner in this example isn’t taking responsibility for breaking their promise. Instead, they blame their partner. As a result, the problem is not resolved and the conflict escalates further, which paves the way for other horsemen, like criticism and contempt, to enter into the argument.

Unfortunately, this strategy is almost never successful. Excuses just tell your partner that you don’t take them seriously, or you’re trying to get them to buy something that they don’t believe, or you’re simply blowing them off. Although it is perfectly understandable for this partner to put up a defense in the example given above, this approach doesn’t have the desired effect. The attacking spouse does not back down or apologize. They fail to solve the problem.

The antidote to defensiveness? Take responsibility.

The antidote to defensiveness is to accept responsibility for your role in the situation, even if only for part of the conflict. In healthy relationships, partners don’t get defensive when discussing an area of conflict.

Complaint: “Did you call your parents to let them know that we’re not coming tonight as you promised this morning?”

Antidote: “Oops, I forgot. I should have asked you this morning to do it because I knew my day would be too busy. Let me call them right now.”

John Gottman talks to Anderson Cooper about defensiveness in the first half of this short clip:

Partners who avoid defensiveness instead take responsibility for their role in the issue and express an interest in their partner’s feelings. They say, “You’re right, I could have been more aware of how exhausted you were. What you are saying makes some sense, tell me more.” Having acknowledged that you have some role in the problem, you are accepting responsibility for a part of it. When you do this, you will find that you can have a real dialogue with your partner. You become a team working through the problem together.

Imagine the conversations, arguments, and fights you have about conflict areas going differently, with less criticism or contempt and more understanding your partner’s needs, expressing your needs in a healthy way, and taking responsibility for things that went wrong. If these discussions crop up all the time, you’ll be sure to benefit from handling them in a healthier way. Think about these two things when bringing up a particular problem:

When you have time, make a list of the subjects you want or need to address—the ones that never seem to get resolved. Write down your desired way for the conversation to go. Using the examples above, try to replace defensiveness with taking responsibility the next time the subject comes up. Also, don’t forget what you learned about criticism: complain without blame and express a positive need. You will be happily surprised with the results!

What can we learn from defensiveness?

In the following interview from Forbes India, Professor Douglas Stone of Harvard Law School, an expert on negotiation and difficult conversations, answers questions for Rotman Magazine at the University of Toronto. The topic is “behavioral blind spots.”

A: These are things that we can’t see about ourselves, but which others do see. When someone tries to give us feedback in a blind spot, we usually reject it as simply wrong – not because we’re being irrationally defensive, but because, to us, it actually seems wrong. It leaves us feeling confused, because we wonder what would cause others to give us feedback that is so off target? Are they jealous, petty, naïve, or political? As we sort through what would motivate the other person to give us such feedback, we move further and further from considering how the feedback might be useful to us.

A: There are two key causes. The first is that we can’t see ourselves. We spend a lot of time with ourselves, so in one sense, we know more about ourselves than anyone else could ever know; but there are things about ourselves that we literally can’t see, such as our facial expressions and our body language. Even our tone of voice is hard to judge. So the very data that is most obvious and present to others is what is missing for us. We communicate a tremendous amount through expressions and tone, especially regarding our emotional state. The merest squint can communicate, “I doubt that,” even as we’re saying, “that sounds right.”

For example, John Gottman, a psychologist at the University of Washington who studies relationships, found that eye-rolling correlates with a higher divorce rate. Think about it: when you roll your eyes, you are aware that you’re frustrated or disgusted, but you are unaware that you are rolling your eyes. You are unaware, then, that you are communicating your emotions to your spouse, but your spouse is quite aware.

A second kind of blind spot is our impact on others, which again, we cannot see, because these impacts occur inside the minds and hearts of the other person.  We have indirect evidence of it, but it’s easy to misinterpret. “Surely, she knew I was joking,” we think; or, “I can’t imagine what I said upset him; it wouldn’t have upset me.” Sometimes we’re right, but often we’re wrong.

Stone makes some excellent points. When you become defensive in a conversation with your partner, you react to their words without listening to what they’re saying.

More often than not, you attempt to ward off the perceived attack by turning the tables on them. “It’s not my fault that we’re always late; it’s your fault.”

Remember that non-verbal cues are constantly exchanged in conversation, often picked up subconsciously by your brains while you are busy processing something else in the interaction. Whether you realize it or not, they are vital to your interpretation of the speaker’s intent. Tone, body language, facial expression, and other external effectual signs are often internationally recognizable, not particular to any cultural or ethnic group.

You can all read eye-rolling as contempt, as Stone mentioned above, and feel a listener’s turned-away body language as a sign of withdrawal. However, other non-verbal cues are not as recognizable. You may not even be aware that you are doing it.

Try to take Stone’s message to heart in your future conflict discussions with your partner. You may have the best intentions when you come into a conversation, but even the most positive attitude cannot last in the face of serious misunderstanding. Though you may have your partner’s best interests in mind, if they misinterpret your message, you’re likely allowing more horsemen into the situation: criticism can evoke a defensive response, followed by a contemptuous statement, leading to emotional withdrawal and stonewalling.

Keep your focus on avoiding criticism and contempt, and you can hold off the rest much more easily. Practice paying attention to your responses and those of your partner. Try accepting responsibility and see the benefits of your results. Your relationship may begin to feel safer, more stable, and more intimate than ever before.