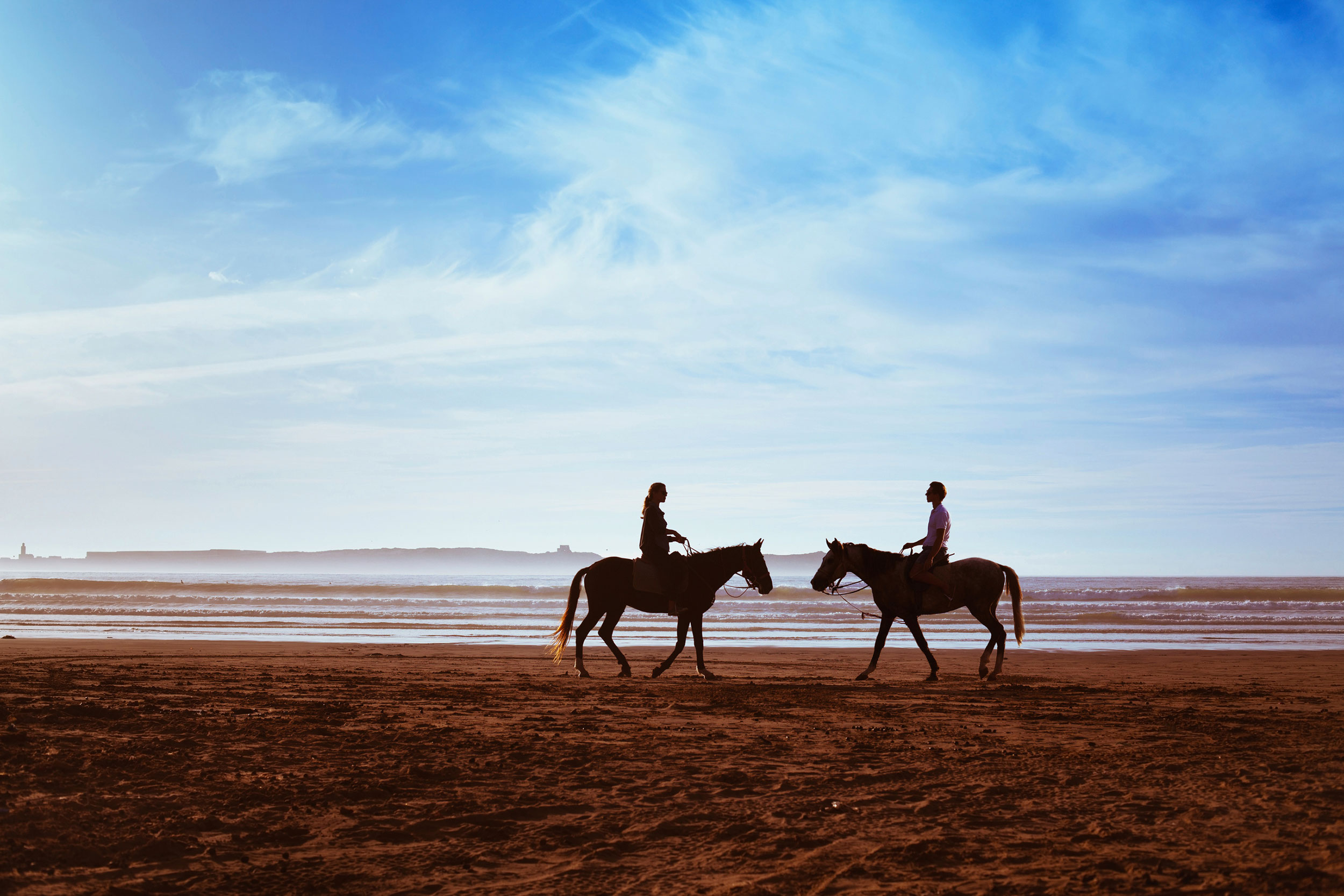 The Four Horsemen of the Apocalypse is a metaphor depicting the end of times in the New Testament. They describe conquest, war, hunger, and death respectively. We use this metaphor to describe communication styles that, according to our research, can predict the end of a relationship.

The first horseman is criticism. Criticizing your partner is different than offering a critique or voicing a complaint. The latter two are about specific issues, whereas the former is an ad hominem attack. It is an attack on your partner at the core of their character. In effect, you are dismantling their whole being when you criticize.

The important thing is to learn the difference between expressing a complaint and criticizing:

If you find that you and your partner are critical of each other, don’t assume your relationship is doomed to fail. The problem with criticism is that, when it becomes pervasive, it paves the way for the other, far deadlier horsemen to follow. It makes the victim feel assaulted, rejected, and hurt, and often causes the perpetrator and victim to fall into an escalating pattern where the first horseman reappears with greater and greater frequency and intensity, which eventually leads to contempt.

The second horseman is contempt. When we communicate in this state, we are truly mean—we treat others with disrespect, mock them with sarcasm, ridicule, call them names, and mimic or use body language such as eye-rolling or scoffing. The target of contempt is made to feel despised and worthless.

Contempt goes far beyond criticism. While criticism attacks your partner’s character, contempt assumes a position of moral superiority over them:

“You’re ‘tired?’ Cry me a river. I’ve been with the kids all day, running around like mad to keep this house going and all you do when you come home from work is flop down on that sofa like a child and play those idiotic video games. I don’t have time to deal with another kid. Could you be any more pathetic?”

Research even shows that couples that are contemptuous of each other are more likely to suffer from infectious illness (colds, the flu, etc.) than others due to weakened immune systems! Contempt is fueled by long-simmering negative thoughts about the partner—which come to a head when the perpetrator attacks the accused from a position of relative superiority.

Most importantly, contempt is the single greatest predictor of divorce. It must be eliminated.

Learn what to do when the destructive Four Horsemen enter your relationship in the Gottman Relationship Coach. Gottman Relationship Coach: What to Do After a Fight

The third horseman is defensiveness, and it is typically a response to criticism. We’ve all been defensive, and this horseman is nearly omnipresent when relationships are on the rocks. When we feel unjustly accused, we fish for excuses and play the innocent victim so that our partner will back off.

Unfortunately, this strategy is almost never successful. Our excuses just tell our partner that we don’t take their concerns seriously and that we won’t take responsibility for our mistakes:

This partner not only responds defensively, but they reverse blame in an attempt to make it the other partner’s fault. Instead, a non-defensive response can express acceptance of responsibility, admission of fault, and understanding of your partner’s perspective:

“Oops, I forgot. I should have asked you this morning to do it because I knew my day would be packed. That’s my fault. Let me call them right now.”

Although it is perfectly understandable to defend yourself if you’re stressed out and feeling attacked, this approach will not have the desired effect. Defensiveness will only escalate the conflict if the critical spouse does not back down or apologize. This is because defensiveness is really a way of blaming your partner, and it won’t allow for healthy conflict management.

The fourth horseman is stonewalling, which is usually a response to contempt. Stonewalling occurs when the listener withdraws from the interaction, shuts down, and simply stops responding to their partner. Rather than confronting the issues with their partner, people who stonewall can make evasive maneuvers such as tuning out, turning away, acting busy, or engaging in obsessive or distracting behaviors.

It takes time for the negativity created by the first three horsemen to become overwhelming enough that stonewalling becomes an understandable “out,” but when it does, it frequently becomes a bad habit. And unfortunately, stonewalling isn’t easy to stop. It is a result of feeling physiologically flooded, and when we stonewall, we may not even be in a physiological state where we can discuss things rationally.

If you feel like you’re stonewalling during a conflict, stop the discussion and ask your partner to take a break:

“Alright, I’m feeling too angry to keep talking about this. Can we please take a break and come back to it in a bit? It’ll be easier to work through this after I’ve calmed down.”

Then take 20 minutes to do something alone that soothes you—read a book or magazine, take a walk, go for a run, really, just do anything that helps to stop feeling flooded—and then return to the conversation once you feel ready.

The Antidotes to the Four Horsemen

Being able to identify the Four Horsemen in your conflict discussions is a necessary first step to eliminating them, but this knowledge is not enough. To drive away destructive communication and conflict patterns, you must replace them with healthy, productive ones.

Fortunately, each horseman has a proven positive behavior that will counteract negativity. Click here to learn about the antidotes.

The Marriage Minute is an email newsletter from The Gottman Institute that will improve your marriage in 60 seconds or less. Over 40 years of research with thousands of couples has proven a simple fact: successful couples manage conflict by avoiding the Four Horsemen. Got a minute? Sign up below.