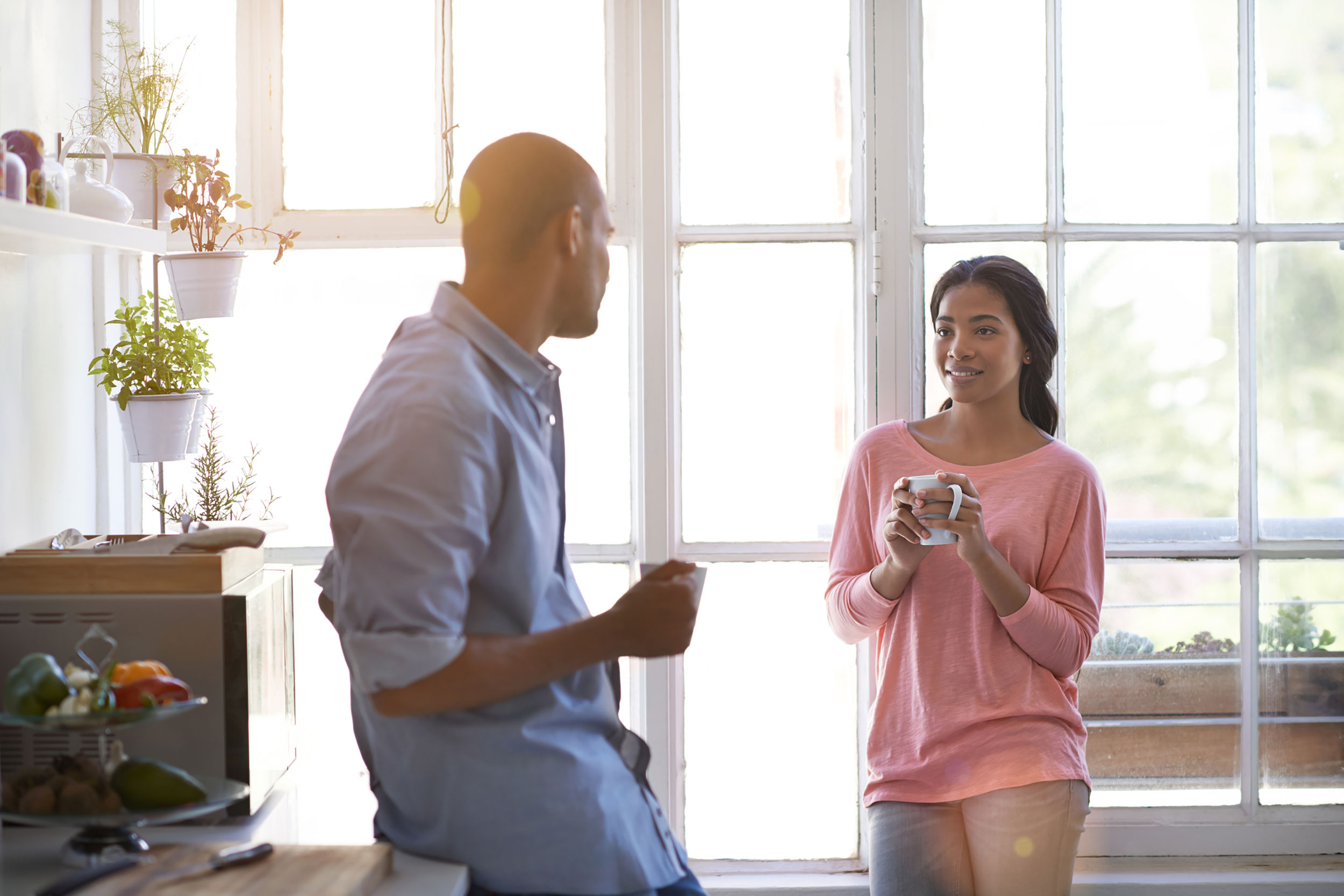 For Emma, it all started when she finally got on Facebook. Her kids had been asking her to set up an account for years, but she was more reserved and didn’t feel like she would have many friends to connect with online. When she joined, she added her extended family, neighbors, and a few friends from her local mom’s club—but that was it.

After a few months, she reconnected with most of her old high school friends, including her old boyfriend Bob.

She hadn’t seen or heard from him in many years and found herself excited to accept his friend request.

Once connected, Emma spent hours pouring over the pictures of Bob and his family. She thought to herself, What a handsome guy he still is. Her husband, Rich, on the other hand, had let himself go. So when she saw pictures of Bob and all the good things he was accomplishing, she was a bit envious.

As she found herself thinking about Bob more and more, she started noticing things about her husband she disliked.

One day, Emma saw that it was Bob’s birthday, so she decided to write him a little celebratory note on his wall. She offered a few kind words and that was that.

Little did she know that short post would prompt Bob to send her a private message in response:

“Emma, thanks for your birthday message. You don’t look a day over 20. Remember that hayride we took together, back when we were youngins? ;)”

Emma was flustered. She remembered that hayride well. It had been 29 years since she and Bob dated, but the feelings came back like it was yesterday. She found herself on Cloud 9—totally twitterpated over her memories of young love.

She decided to wait a day or two to message Bob back because she didn’t want to sound overly eager. She kept her response short and simply shared an update on her life and her family.

Bob messaged her back.

And so it began.

She liked his picture.

Messaging went from a daily occurrence to an all-day event.

They shared about their families, their kids, their jobs, and the challenge of taking care of aging parents. As the days and weeks progressed, their Facebook messages became more intimate. They became better friends. They knew a lot about each other.

And eventually, for both of them, love—or what they thought was love—rekindled.

They became more open with each other about the hard marriages they were both “stuck” in and about their growing feelings for each other. Neither brought up the idea of meeting up or getting back together again. They weren’t there yet.

However, they were ready to agree that they had somehow fallen in love again—2,000 miles apart—all via Facebook Messenger.

They hadn’t seen each other in person. They had never talked on the phone, texted, or emailed. And yet, there they were: madly in love.

That is until one day when Emma left her Facebook account open and her husband, Rich, saw a message from Bob pop up.

Rich wasn’t trying to be snoopy, but he clicked on the message and there it was: six months of daily messages between Bob and Emma.

And then Emma walked in.

Rich, with tears in his eyes, looked up from the computer and asked, “Emma, why?”

Recovering from the emotional affair

Instead of letting this emotional affair destroy their marriage, Emma and Rich decided that they wanted to work on their relationship. They wanted things to change, and they were hopeful that things could improve with the right knowledge and resources.

To heal from the wounds of this emotional affair, revive their dying marriage, and protect against the danger of future affairs, Emma and Rich did three things:

First, Emma cut ties with Bob and unfriended him on Facebook. That was a boundary she needed to set.

Second, Emma and Rich worked on meeting each other’s needs. They bought Dr. Gottman’s Small Things Often booklet and read it together. After reading the booklet, both Emma and Rich began to implement small things into their marriage to help them feel connected.

After reading the booklet, Rich came up with a brilliant idea: to win Emma back through Facebook Messenger.

Messaging each other via Facebook became a daily ritual for Rich and Emma.

Connecting in this way helped meet Emma’s deep need for more frequent communication and affectionate words. And as they messaged each other back and forth, they rebuilt their Love Maps and felt more connected than ever before. That deep sense of emotional connection led to satisfying and meaningful sex, as well.

The booklet also inspired Emma to be more intentional about how she and Rich parted for the day and how they reunited after being apart. She came up with genuine compliments to give him about his appearance (since he was often insecure about his weight), and she would always make sure to give him a long, welcoming kiss. It was small, but it made Rich feel like a million bucks.

Finally, following Dr. John & Julie Gottman’s 5 Tips, Rich and Emma implemented a ritual of romantic getaways. Together, they planned and scheduled two romantic getaways for that very year. This simple ritual helped them strengthen their friendship, share dreams and plans, and invite novelty back into their relationship.

How the story ends

Along with nurturing their marriage, Rich and Emma set other boundaries to protect against future affairs and to re-build trust in their relationship.

It took time, but Rich came to completely forgive Emma, and Emma regained his trust by honoring the boundaries they set together and seeking to meet Rich’s needs.

Connection was something that had been missing in their relationship for a very long time. After many months of healing, their relationship was getting better. They felt more intimate on all levels—emotionally, physically, spiritually, intellectually, and recreationally.

Armed with this refortified bond, Emma and Rich committed to continue intentionally working together to create the type of marriage they wanted and knew could be theirs.

Has your relationship experienced a sexual or emotional affair? The Gottman Institute is currently seeking couples for an international study on affair recovery. For more information, please click here.

Aaron & April Jacob are the founders of Nurturing Marriage, a website dedicated to strengthening marriages. They enjoy playing football with their three little boys, watching sports, eating cereal late at night, and going out for frozen yogurt. Website: NurturingMarriage.org