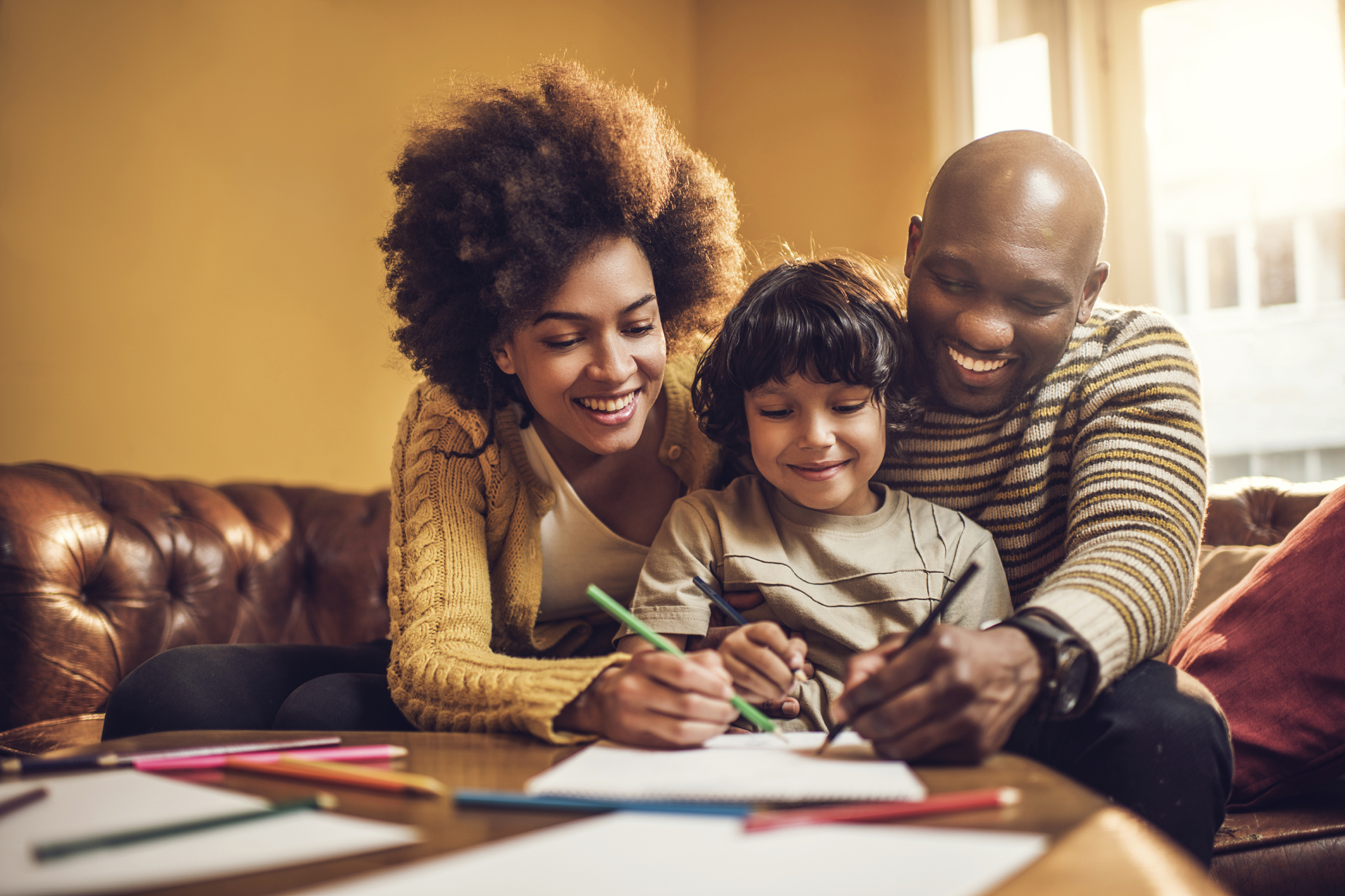 This article originally was published by the Child Mind Institute

Cynthia Braun remembers all too well what weekday mornings used to be like at her house. Since her husband had to leave early for work, it was up to Braun, a pediatrician with a practice in Pleasantville, New York, to get Anika and Devon, then 6 and 3, up and dressed, give them breakfast, pack their lunches and get them to preschool. “Our morning routine just was just a lot of work,” she says. “Nobody was doing what they were supposed to be doing. They couldn’t care less about the time, while I was running around like a chicken with my head cut off trying to get everything done.”

It’s a familiar scenario for a lot of parents with school-age kids. And for parents of kids with issues like ADHD, transition times like getting to school or moving from one activity to another can be especially difficult. Another mom, Sandy Isaac, says that when not one but both of her kids, then 8 and 4, were diagnosed with ADHD, it was a lot to take in. She realized things at home had to change.

Both Braun and Isaac enrolled in Dr. Mark Bertin’s mindfulness-based parenting class. “I felt like I was not being as good a parent as I wanted to be and I wanted to figure out if mindfulness could give me a better perspective and some strategies to implement,” says Braun.

Dr. Bertin, a developmental pediatrician who specializes in treating kids with issues like ADHD, autism and learning disabilities, says in general he runs a pretty traditional medical practice. But he’s been a practitioner of mindfulness for nearly 20 years. In 2007, he began offering Mindfulness-Based Stress Reduction Classes for parents of kids with and without special challenges. “Often when you have a kid with ADHD,” he says, “you have a very stressful family situation and I think one of the things that happens is that things get very focused on helping the children, which is fine except that the parents get stressed and overwhelmed.”

The largest section of Dr. Bertin’s book, The Family ADHD Solution, is devoted to mindfulness for parents because, he says, “parenting in general, but especially parenting kids with disabilities, is really, really stressful. And when it comes to ADHD, there’s research showing that parents are at a much greater risk for anxiety, depression and marital stress.”

Braun says through Dr. Bertin’s class she not only developed a mindfulness practice of her own (which includes guided mediation, body scan, and breathing exercises) but she learned that slowing things down, stepping back and observing her own reactions, gave her the perspective to effectively restructure her family’s morning routine. “I realized I was pushing them to do things really fast. He’s three, he wants to choose his own clothes, and if he puts it on backwards, I was realizing that’s okay. It’s okay for them to be mismatched. It doesn’t really matter if they have toothpaste on their T-shirts. Things don’t have to be a certain way. I’m going to make my morning slower. I’m going to wake them up earlier. I’ll have to get up earlier, but I want our mornings to start with a happy mood instead of all this stress and rushing.’”

Mindful mornings may be less efficient, but they’re more pleasurable. “What’s happening right now is all there is,” Braun adds. “Why make everybody unhappy? If we’re five minutes late to preschool it doesn’t change anything. What changes things is the frustration, and the stress that builds up and then everything unravels.”

Isaac says she learned from Dr. Bertin techniques to keep things from escalating when somebody isn’t on board with whatever the agenda is. “He brings a lot of insight into really taking the time to step back,” she says, “and looking at what creates that situation, and slowing people down.

Set kids up for success

Slowing life down in general seems to be a common theme, something that’s simple but important for parents, especially parents of kids with ADHD and other disorders that involve difficult behaviors, to do: to take a breath and listen to what their children are trying to tell them with their behavior. “It makes you stop and think about how you’re running things as a parent and how you’re setting things up for success or not,” says Issac. “If you have two kids with this stuff going on and you make the routine of the day one where everyone is rushing, rushing, and you pack too much into it, there’s not enough downtime, then that’s just a recipe for making it worse.”

Parents, Issac says, often forget what their children need. “Because the other component to the whole thing is—and I don’t think I just speak for myself,” she says, “the parents are busy, busy people and wrapped up in whatever the day is, and also, this stuff runs in families.”

When parents become stressed that stress becomes contagious; children know when their parents are tense and overwhelmed. In fact, according to Dr. Amy Saltzman, a holistic physician and mindfulness coach (and creator of the Still Quiet Place CDs for Young Children and Teens), “Data shows that the greatest source of childhood and adolescent stress is not school work, extracurricular activities, or peer pressure, but parental stress.” So being a good parent means learning to manage your own stress.

Dr. Elisha Goldstein, a psychologist who uses mindfulness in his Los Angeles practice, thinks parents often have an innate sense of inadequacy when it comes to their own children. When it comes to parenting mindfully, says Dr. Goldstein, “a lot of the work is about learning to make peace with our imperfections. Because we’re going to do things that are going to land our kids in therapy, we’re gonna do things that hurt our kids. We can beat ourselves up. But if, instead, we were able to make peace with our imperfections and begin to regulate our emotional state, we can be calmer and more present for our kids and cultivate some self-compassion.”

Ending the perfectionism can also set a good example for kids, observes Dr. Goldstein, whose mindfulness book The Now Effect: How This Moment Can Change the Rest of Your Life includes a parenting chapter. “Parents serve as role models for kids,” he says. “Kids are sponges. So at the end of the day that’s really good modeling for the kids because the kids are also going to be imperfect in their lifetime.”

“For parents of kids with issues like ADHD, transition times can be especially difficult.”

There’s science to show that taking a deep breath and staying calm when your children are pushing you to the edge actually causes positive changes in the brain. Let’s say it’s the end of a long rainy Sunday and you’ve been stuck inside with three little kids. One child is picking on another, who in turn is crying, while the third spills juice all over the floor. “If you can just say to yourself in that moment, ‘This is chaos,’ ” Dr. Goldstein says, “not in an anxious or fearful way, but just name it, research shows us we turn the volume down on the amygdala, which is the fear circuit of the brain, and bring more activity to the pre-frontal cortex, so we can be more aware of what’s happening right now.

Your calm response helps kids calm down, too, he notes. “They say, ‘Okay, I can trust my parent to be in control, this is a safe environment.’ And they feel more secure and they thrive. So that’s another benefit of parents practicing it on their own.”

It seems there’s no one right way to parent mindfully. Happily, there are many right ways. Sometimes the smallest adjustment in a child’s schedule can change a whole family’s day-to-day life. And sometimes, Dr. Bertin says, “It’s as simple as practicing paying full attention to our kids, with openness and compassion, and maybe that’s enough at any moment.”

Juliann Garey is a journalist, novelist and clinical assistant professor at NYU. Her work has appeared in the New York Times, Los Angeles Times and Marie Claire; her novel, Too Bright To Hear Too Loud To See, was an American Library Association award-winner and NPR Best Book of the Year in 2013.

The Child Mind Institute is an independent, national nonprofit dedicated to transforming the lives of children and families struggling with mental health and learning disorders. Our teams work every day to deliver the highest standards of care, advance the science of the developing brain and empower parents, professionals, and policymakers to support children when and where they need it most. Visit their website.