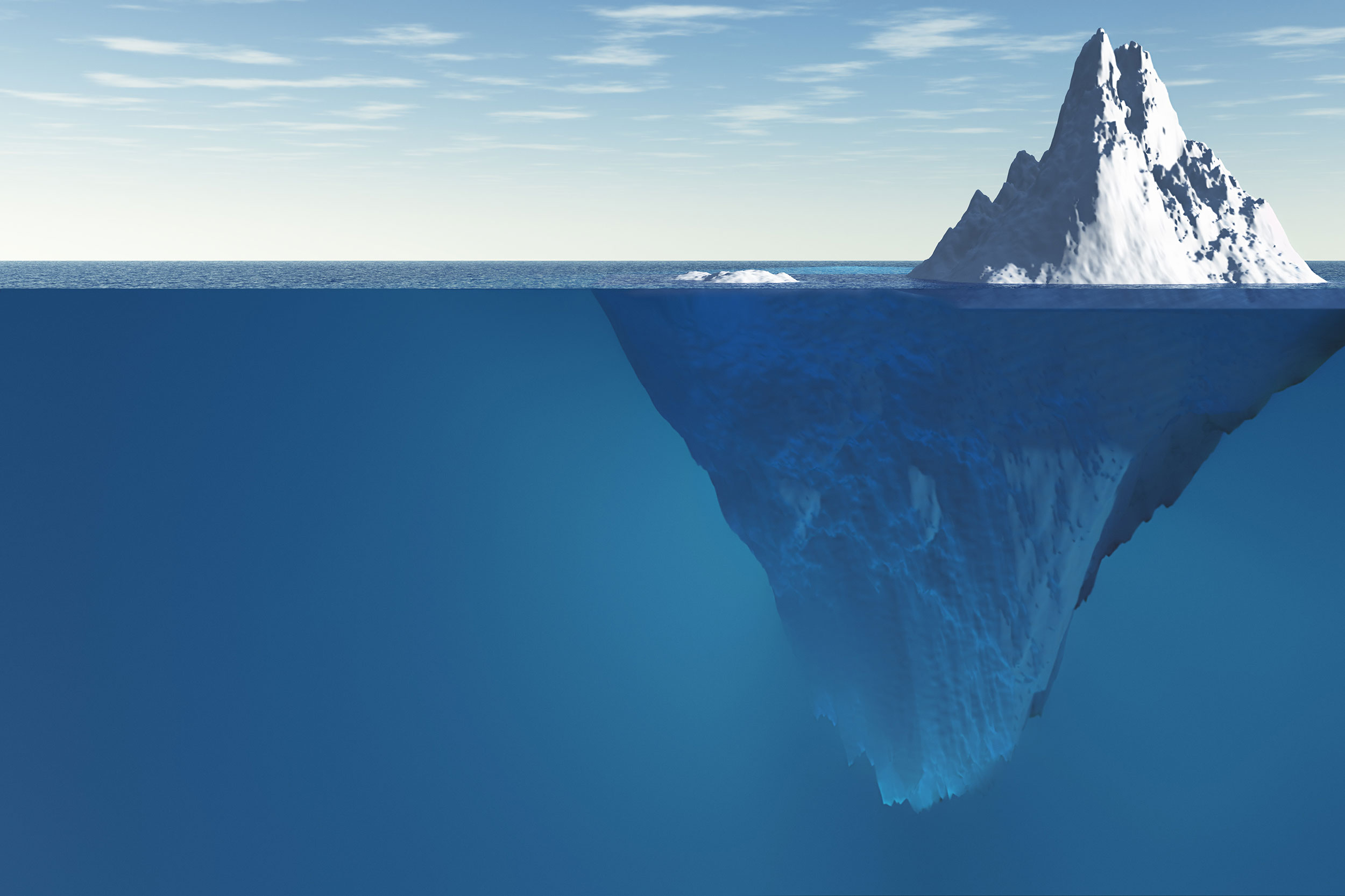 Have you ever wondered why we get angry?

According to psychologist Daniel Goleman, “emotions are, in essence, impulses to act, the instant plans for handling life that evolution has instilled in us.”

In his book “Emotional Intelligence,” Goleman tells us that anger causes blood to flow to our hands, making it easier for us to strike an enemy or hold a weapon. Our heart rate speeds up, and a rush of hormones—including adrenaline—creates a surge of energy strong enough to take “vigorous action.”

In this way, anger is ingrained into our brain to protect us.

The purpose of anger

If you’re unsure of why you’re feeling angry, try thinking of anger like an iceberg. Most of an iceberg is hidden below the surface of the water.

Similarly, when we’re angry, there can be other emotions hidden beneath the surface. It’s easy to see a person’s anger, but it can be difficult to see the underlying feelings the anger is protecting.

For example, Dave believed he had an anger problem. When his wife would make a request of him, he would criticize her. He didn’t like his reactions, but he felt he couldn’t help it. As he worked on discovering his dreams within conflict and started noticing the space between his anger and his actions, he opened up the door into a profound realization.

He didn’t really have an anger problem. Instead, he felt like his wife was placing impossible demands on him. By seeking to understand and accept his anger, rather than fix or suppress it, he began to improve his marriage by recognizing his anger as a signal for a need—a need to set healthy boundaries for what he would and would not do.

Dave’s story points out an important concept. As Susan David, Ph.D., author of “Emotional Agility,” says, “Our raw feelings can be the messengers we need to teach us things about ourselves and can prompt insights into important life directions.”

Her point is that anger can be symptomatic of other unexpressed emotions.

Anger as a protector of raw feelings

According to Paul Ekman’s research, anger is one of the six “basic emotions” identified in the Atlas of Emotions along with disgust, fear, happiness, sadness, surprise. Anger is felt by everyone at one point or another and it’s completely valid as its own emotion.

However, there are times when other emotions are spurring the anger and we use anger to protect the raw feelings that lie beneath it. Underneath Dave’s anger was pure exhaustion and a feeling that he wasn’t good enough for his wife. So his anger was formed by that disappointment with himself and protected him from deeply painful shame.

Learning to recognize anger as not only a basic, valid emotion, but also as a protector of our raw feelings, can be incredibly powerful. It can lead to healing conversations that allow couples, as well as children and parents, to understand each other better.

It’s known as “the Anger Iceberg,” because it shows other emotions and feelings that may lurk below the surface. Sometimes it’s embarrassment, loneliness, depression, or fear. Other times, it’s a combination of several feelings.

Three tips for listening to anger

One of the most difficult things about listening to a child or lover’s anger, especially when it’s directed at us, is that we become defensive. We want to fight back as our own anger boils to the surface. If this happens, we get in a heated verbal battle which leaves both parties feeling misunderstood and hurt. Here are three powerful tips for listening to anger.

The bottom line is that beneath everyone’s anger lies a reason. Although it’s a valid emotion on its own, remember that anger can also indicate other emotions that need to be addressed or validated.

It’s your job to understand and sit with your partner in their anger (unless it’s blended with any of the Four Horsemen or constitutes abusive behavior). By doing so, you will not only help them to understand their anger, but you will become closer to them in the process.

Want to learn more about how the Anger Iceberg works? Check out The Creative Therapy Playlist.

The Marriage Minute is our email newsletter that will improve your marriage in 60 seconds or less. Got a minute? Sign up below.