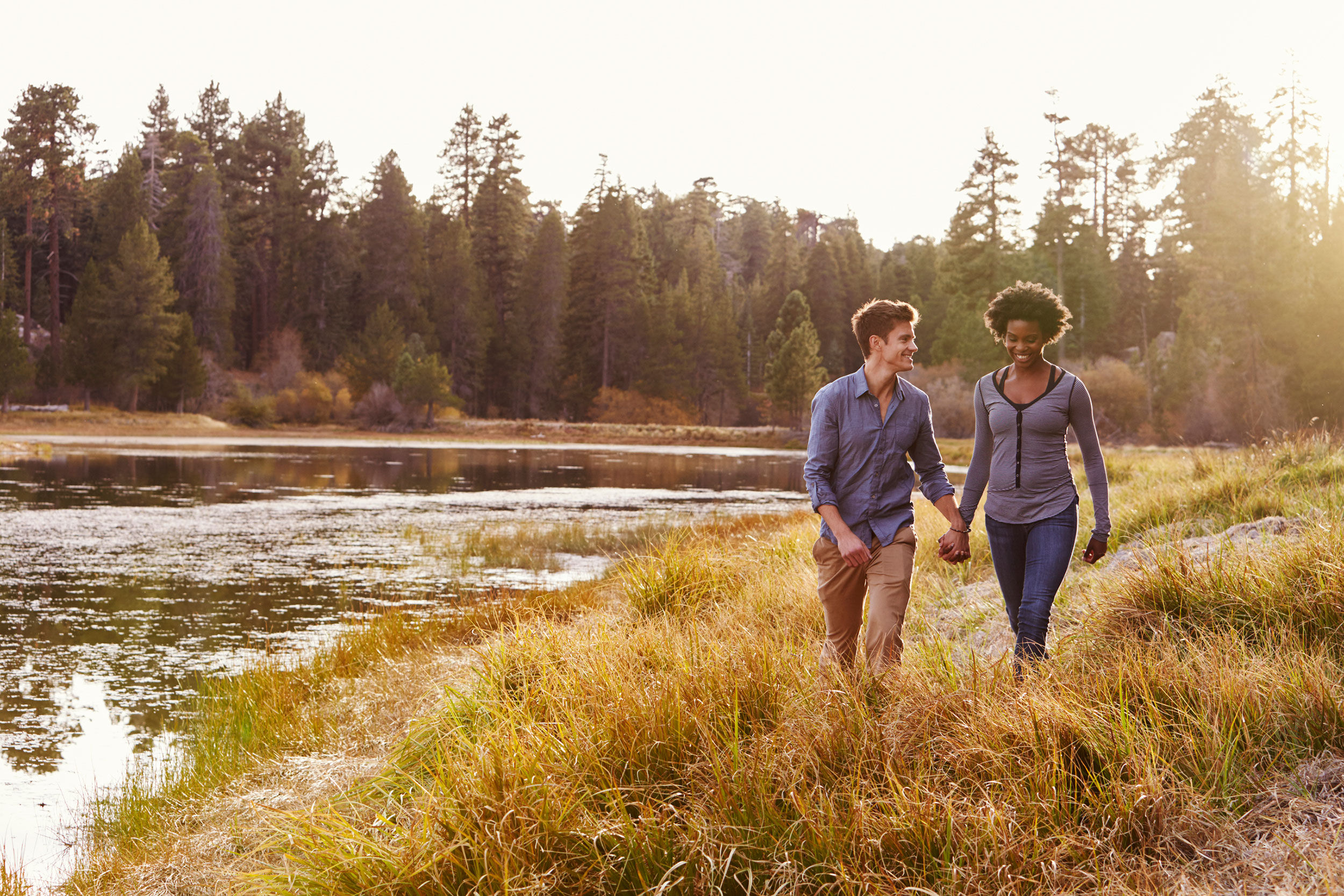 What does it mean to accept your partner’s influence? And how do you do it?

In the Japanese martial art of Aikido, there’s a central principle called Yield to Win, which is a method of using your opponent’s energy and actions against them to win a fight, rather than strong-arming them into submission. It allows you to conserve energy and choose much more effective and efficient tactics.

But we definitely don’t want you using Aikido moves on your partner!

For our purposes, yielding to win means accepting, understanding, and allowing your partner’s perspective, feelings, and needs into your decision-making process as a couple. It means really listening to your partner and forming compromises so that you both feel satisfied.

Which is really more like yielding to win-win, and that’s we’re aiming for.

When men learn how to accept their partner’s influence and work toward a win-win solution, the outcomes are wonderful in heterosexual marriages. In a long-term study of 130 newlywed couples, we discovered that men who allow their wives to influence them have happier marriages and are less likely to divorce.

And this critical skill is not limited to heterosexual couples at all. In fact, research shows that same-sex couples are notably better at it than straight couples. Straight husbands can learn a lot from gay husbands, and they’d be wise to do so.

Rejecting influence is a dangerous move

Marriage can absolutely survive moments of anger, complaints, or criticism, and even some longer periods of negativity if conflict is managed in a healthy and respectful way. They can even flourish because conflict provides an opportunity for growth as a couple. But couples get in trouble when they match negativity with negativity instead of making repairs to de-escalate conflict.

As Mahatma Gandhi famously said, “An eye for an eye will make the whole world blind.”

Clearly, counterattacking during an argument does not solve an issue or help to form a compromise. It does not allow your partner’s influence in the decision-making process. Our research shows that 65% of men increase negativity during an argument. And the Four Horsemen—criticism, defensiveness, contempt, stonewalling—are telltale signs that a man is resisting his wife’s influence.

This is not to insult or belittle men, and usually, it’s not a personality fault or cognitive shortcoming. Rather, it is to enlighten men as to some instincts and tendencies they might have, but of which they aren’t aware.

There are simply some differences in how men and women experience conflict (for example, men are more prone to stonewalling, and 85% of stonewallers in our research were men). It takes two to make a marriage work and it is vital for all couples to make honor and respect central tenets of their relationships. But our research indicates that a majority of wives—even in unhappy marriages—already do this.

This doesn’t mean women don’t get angry and even contemptuous of their husbands. It just means that they tend to let their husbands influence their decision-making by taking their opinions and feelings into account.

Unfortunately, data suggests that men often do not return the favor.

If heterosexual men in relationships don’t accept their partner’s influence, there is an 81% chance that a marriage will self-implode.

What men can learn from women

Some say that men are from Mars and women are from Venus. While this is a common saying that cannot be true (obviously, we’re all from Earth and we have much more in common than we think), men and women often do feel different from each other.

This difference can start in childhood. When boys play games, their focus is on winning, not their emotions or the others playing. If one of the boys get hurt, he gets ignored and removed from the game. You see this in team sports all the time. Maybe someone comes to help carry the injured player off the field, but the game must go on.

But here’s the difference. In The Seven Principles for Making Marriage Work, Dr. John Gottman explains that “the truth is that ‘girlish’ games offer far better preparation for marriage and family life because they focus on relationships.” And that isn’t necessarily about gender roles, but about learning emotional intelligence.

The husband who lacks emotional intelligence rejects his partner’s influence because he typically fears a loss of power. And because he is unwilling to accept influence, he will not be influential, and that dynamic will result in gridlock.

On the other hand, the emotionally intelligent husband is interested in his partner’s emotions because he honors and respects her. While this husband may not express his emotions in the same way his partner does, he will learn how to better connect with her by listening to and validating her perspective, understanding her needs, and expressing empathy.

When his partner needs to talk about something, an emotionally intelligent husband will set aside what he’s doing at the moment and talk with her. He will pick “we” over “me,” which shows solidarity with his partner. He will understand his partner’s inner world and continue to admire her, and he will communicate this respect by turning towards her.

His relationship, sex life, and overall happiness will be far greater than the man who lacks emotional intelligence.

The emotionally intelligent husband can also be a more supportive and empathetic father because he is not afraid of expressing and identifying emotions. He and his partner can teach their children to understand and respect their emotions, and they will validate their children’s emotions. And our Emotion Coaching parenting program is based on the power of emotional intelligence, which we can all benefit from learning.

How to accept influence

It’s most likely that men who resist their wives influence do so without realizing it. It happens, and that’s okay, but it’s time to learn how to accept influence. It is both a mindset and a skill cultivated by paying attention to your partner every day and supporting them. This means working on three essential relationship components: building your Love Maps, expressing your fondness and admiration, and accepting bids for connection.

And when conflict happens, the key is to listen intently to your partner’s point of view, to let them know that you understand them, to ask them what they need, and to be willing to compromise. One way to do this is for each of you to identify your core needs and search, together, for where those needs overlap. Then you can find common ground upon which to make decisions together.

If you do that, you win, your partner wins, and, most importantly, your marriage will thrive.

How can you know you’re in a happy relationship that’s both good for your health and everyone around you? Can such a thing be measured? It can! Take this quiz and find out how well you know your partner.

For an in-depth analysis of your relationship health check out the Gottman Assessment, a virtual relationship evaluation tool for couples.