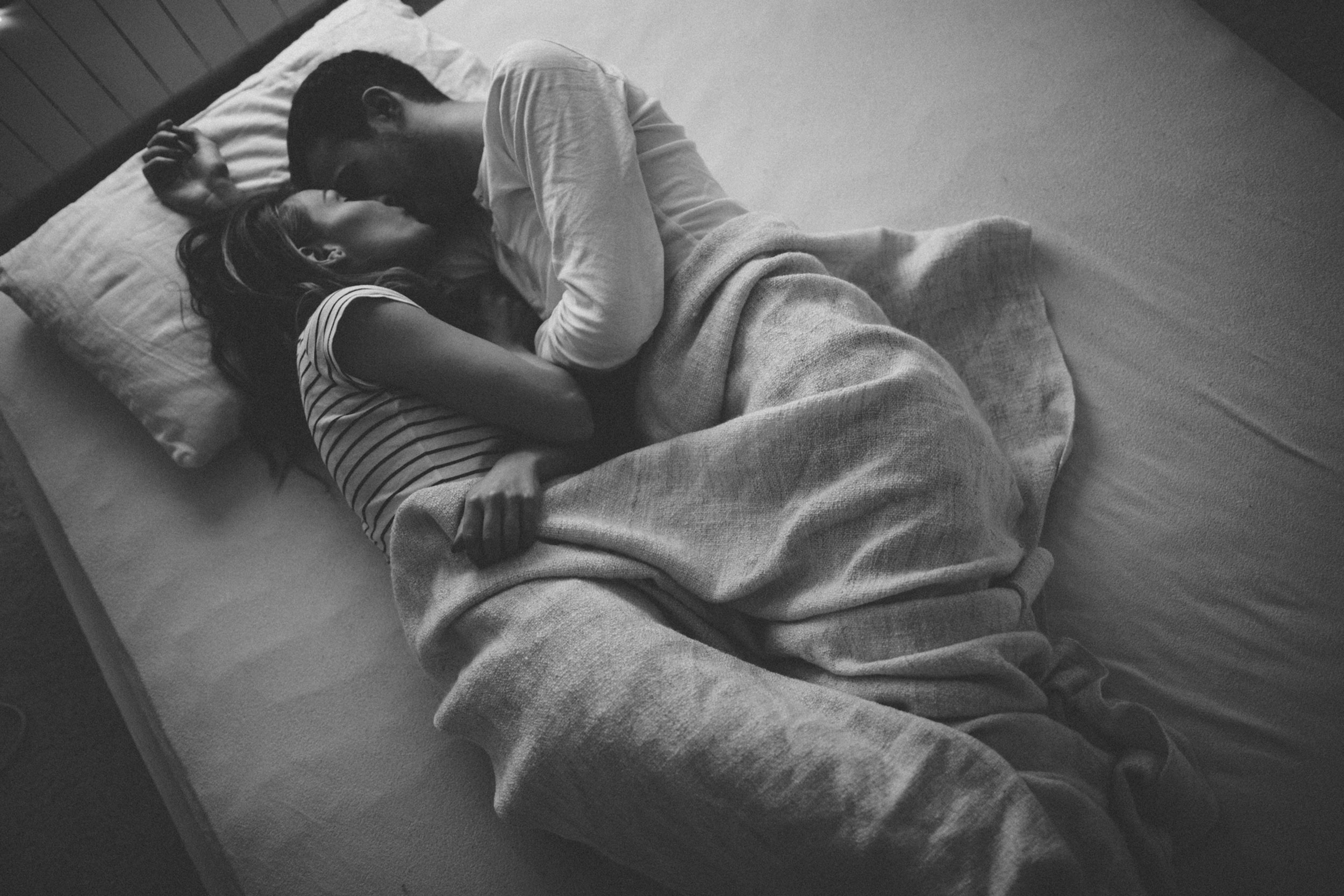 Here is an example of a conversation that a real couple had in my office.

Ashley: We’re doing better. It’s not as much of a problem as it was a few years ago.
Ryan: I feel like we are more secure as a couple now. I’m not sure I would say the problem is solved, though.
Ashley: Do you feel like anything has changed?
Ryan: How do you feel about it?
Ashley: Well, I viewed the problem as something that would destroy our marriage and now I don’t worry about it anymore.
Ryan: I never thought it was a threat.

You probably have no idea what they’re talking about. The issue is that in their marriage, Ryan has wanted sex more frequently than Ashley. During this conversation, Ashley is looking for Ryan’s reassurance that it’s not a problem anymore. He still thinks it is, but avoids telling her directly. He doesn’t feel comfortable asking for what he needs.

When partners talk to each other about their sexual needs, their conversations are often indirect, vague, and left unresolved. Typically both partners are in a rush to finish the discussion, hoping their partner will understand their desires without saying much.

The less direct you are about what you want, the less likely you are to get it.

Talking about sex is a powerful way to deepen intimacy and connection. Saying things like, “Last night when you touched my ____ and gave it all of your attention, I felt very sexy. I loved it.” or “Making love in the morning is the best part of waking up!”

When communication is full of tension, then frustration, ambiguity, and hurt feelings are sure to follow. This is why friendship outside the bedroom is so crucial to a passionate sex life.

It’s common for couples to want to talk about sex, yet they struggle to find the right words to express themselves without sounding critical or feeling embarrassed.

Below are the four guidelines for talking about sex.

1. Be kind and positive
The key to talking about sex is not to criticize. If you do, the conversation will end faster than a “quickie.”

Saying “You never touch my body” is going to make your partner touch you less. Instead try, “Kissing last weekend in the laundry room was sexy. I want more of that, I felt so good!” Instead of “I hate it when you touch me there,” try, “It feels so amazing when you touch me here.”

Many of us feel embarrassed at times about our bodies or about our performance. Adding judgement or criticism to the mix will only worsen these insecurities. Sharing your positive needs will open up new ways of loving each other.

2. Be patient
Talking about sex can be uncomfortable. Due to our upbringing, many of us have shame connected to enjoying sex, much less talking about our needs and desires. If you or your partner feel this way, go slow. Start by talking about your feelings about sex, such as the messages you received growing up. Having that kind of conversation is a powerful way to enhance your feelings of safety with each other.

3. Don’t take it personally
I know this sounds counterintuitive because sex includes you, but a large part of what turns your partner on or off isn’t about you. Sex drive can be blocked by stress, feelings of shame, and so on. Just because your partner isn’t in the mood doesn’t mean they don’t find you attractive. Nor does it mean your lovemaking skill is lackluster.

Develop a ritual for gently refusing sex. Noted sex therapist Lonnie Barbach suggests that couples communicate their level of arousal through an “amorous scale” from 1 to 9, with 1 being “no thanks” and 9 being “oh, yes!” Using Barbach’s scale, refusal isn’t personal. It’s just saying that right now my body’s not feeling it.

4. Be accommodating
Good sex requires both partners to understand and communicate what feels good and safe and what doesn’t. Making accommodations for each other’s desires can become a pleasurable experience for both partners.

For instance, to return to the couple above, Ryan wanted sex three times per week, but Ashley only wanted it once per week. Ryan felt rejected and frustrated by this. So he went and bought books and sex toys to turn Ashley on.

This backfired and as Ryan’s frustration grew, Ashley’s desire disappeared. Eventually they entered into gridlock with no idea on how to turn things around.

I encouraged them to focus on sensuality instead of sex. And that the partner with the lower level of desire (Ashley) be in charge of the couple’s sensual enjoyment. Since Ashley relaxed and felt pleasure from massages, she created massage nights, which included no sex, but lots of touching and holding. Eventually Ashley’s desire was back up and the couple started having sex about twice per week.

The solution to enhancing romance inside and outside of the bedroom is to learn the art of talking about sex. Learning to communicate sexual needs, desires, and frustrations in a way that lets each partner feel safe will enhance the experience for both of you.

For questions to ask each other about sex and ways to open up the conversation, check out our newly updated Sex Questions deck in the Gottman Card Decks App!