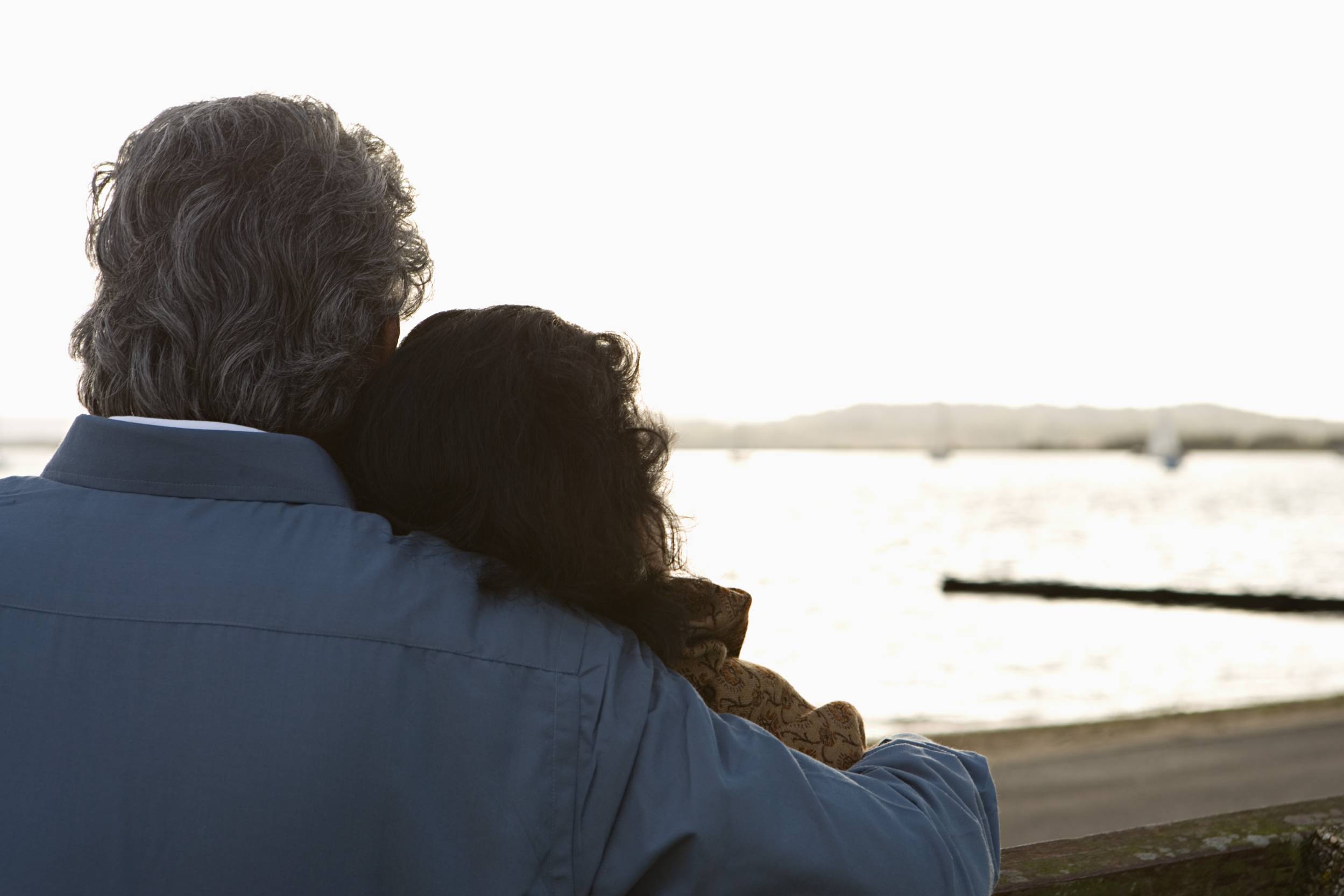 This month Marc and I will celebrate our 15th wedding anniversary, a milestone that occurs to me like what getting to Everest Base Camp must feel like. Hooray for trekking to 17,600 feet but there are still more than 10,000 feet until the summit. Oh, and by the way, that last bit will be the toughest.

This marriage does feel tough some days. Not tough to be faithful or committed. It just feels effortful.

If I’m honest, I guess I’m surprised (and maybe a little bummed) that our marriage still takes work. Shouldn’t we have hit an untouchable stride by now? Shouldn’t our grey hairs and laugh lines have produced some amount of wisdom about how to do this “me and him” thing with consistency? 15 years has produced countless memories, innumerable joys, and two daughters who shine like diamonds. We’ve built a really happy and meaningful life together. Haven’t we earned some sort of pass that makes us immune to inertia, some sort of cloak of invincibility?

But here we are in our A- marriage, a term we coined a few months ago when we were both feeling stressed about the ho-hum state of our union. Malaise had set in like a fog over the Golden Gate Bridge, muting its color, dulling its grandness. We both felt it. There was no denying the general meh-ness of our marriage.

We took stock and determined that it’s not a bad marriage.

We both agree that it checks all the right boxes: good conflict management, solid partnership around money, parenting, and household chores. We communicate well, we don’t let things fester, we get along with each other’s families, we show interest in and support for each other’s pursuits. We have a weekly date night and knock boots pretty regularly. Ask me to describe our marriage and I’d say, “It’s not bad.” A-.

And if I really think about, it’s actually not such a mystery what it would take to move us to A+. I know that if I became more intentional about being more present, affectionate, and thoughtful, it would warm up the temperature of our marriage. I have an inkling that if we added more fun, that too would brighten our outlook, that laughter would have the same effect as glue, that more passion would relight the flame. I know that a getaway or even a one-night stay in a hotel would be like a vitamin IV drip for our relationship. Heck, if we just implemented John Gottman’s “Magic Six Hours,” we’d start to feel a change.

Knowing who we are and the amount of love and commitment we have for each other and this life we have created together, I know that we will set wheels in motion to turn up the dial of our marriage. I know this season will pass because that’s all it is: a season. Framing it as just a moment in the long passage of time helps me to see the spectrum we are on, have always been on. Sometimes it’s measured in months, sometimes it’s measured in years. I would call this stage “winter,” not because it’s cold between us or dead, but because there is a dormancy, hibernation, an idleness. I’m not sure how long it will last but it will pass and make way for a new season.

So, I embrace this A- marriage. I don’t resist it; I surrender to it. I don’t make it mean that our marriage is broken or eternally off course. I don’t think thoughts like “we’re doomed” or “this is the beginning of the end.” In fact, when I am conscious of the seasonality of relationships, I have a sense of childlike curiosity about this state of “us” we find ourselves in. It’s not the first time we’ve been here; it probably won’t be the last.

For the time being, I have handed the keys to the car over to the third thing in our marriage: commitment. Our commitment has kicked in like auto-pilot. It’s keeping us on the road until we’re ready to take the wheel again. Maybe that will be later this month when we take a trip together, just us, and privately revisit our vows. When we do, perhaps we’ll inch our way toward spring again, like we have before.

Commitment doesn’t inoculate us against marriage atrophy. In fact, some would argue that it’s the cause of it. But it’s the thing that keeps us in and has us weather the droughts that are an inevitable part of a long marriage.

It’s highly likely that we’ll atrophy again and maybe five or ten years from now we’ll be right back here in winter again. And when we are I hope I re-read these words I have written today and am reminded that it’s okay. It’s just a season. And seasons pass.

Kristen Manieri is a conscious living coach based in Orlando, FL. A prolific writer and blogger with lifestyle and travel articles published around the world, Kristen is also the host of The Synced Life, a podcast focused on what it means to live a more connected, conscious and intentional life. She is also the creator of OrlandoDateNightGuide.com, a site that launched in 2007 and now serves over 75,000 unique readers each month.